The status of public health in the Netherlands is looking good. Our average lifespan is steadily increasing, and most people feel healthy and not restricted by activity limitations. However, we are also facing a number of major challenges for the future. To some extent, this is the flip-side of our success: as the number of older people increases, there is also a proportionate increase in people struggling with chronic diseases and social issues, such as loneliness. There are also new developments which could affect our public health, such as increased pressure on our day-to-day lives. The issues we are facing require an integrative approach and the comprehensive engagement of relevant stakeholders. A great deal is already being done in society to tackle these challenges. We can continue to build on these efforts in order to help us prepare more effectively for the future.

Future developments: what can we expect?

How can we deal with the challenges we are facing?

Future developments: what can we expect?

These key messages are based on the Trend Scenario and the Thematic Foresight Studies sections of the VTV–2018. They show how our public health situation and health care sector will develop over the next 25 years if we pursue our current course and do not take any additional measures. These key messages show what future challenges we face as society.

The percentage of older people in society is increasing. People also reach higher ages more often. As a result more people suffer from chronic diseases such as arthrosis, neck and back complaints, diabetes and dementia. In addition, people often suffer from multiple diseases at the same time. In 2040, dementia will cause the highest mortality and the highest burden of disease. It is not just medical issues that are increasing, either; social issues are increasing as well. The number of lonely older people is on the rise. Older people live independently more often, and often live alone. These developments will lead to more pressure on formal as well as informal health care. Health care services will face the most pressure in regions where the population is shrinking.

Life expectancy will increase from 81.5 years in 2015 to almost 86 years in 2040. Virtually all the years we gain are in perceived good health. Moreover, we will not perceive an increase in activity limitations. However, the number of people with chronic diseases will increase. We are living longer and longer because people with health conditions such as cardiovascular disease and cancer are more likely to survive, amongst others due to better treatment. In addition to the ageing population, that is a significant contributing factor in the sharp increase in dementia as a cause of death. Since cardiovascular disease and cancer are increasingly survivable, more and more people will have to deal with the long-term effects of having had those diseases.

Pressure on our day-to-day lives is increasing

Society is facing increasing pressure in various areas. That could lead to stress and health issues. For instance, students experience intensifying pressure to perform. There are also labour market developments which could lead to increased pressure and stress, such as the increasing influence of the 24-hour economy and the continued increase in flexible employment. Especially in the group of people that have to combine work, child care and informal care, many trends that intensify pressure seem to converge. More extensive urbanisation also results in increased pressure and a higher pace of living, and can lead to less room for green spaces and water for relaxation and recreation.

Lifestyle and the living environment both affect health

In terms of lifestyle, we can see both positive and negative future developments. Fewer people are smoking and more people are exercising. On the other hand, more people are overweight. Unhealthy behaviour is responsible for almost 20 percent of the burden of disease, with smoking being the most significant cause. An unhealthy indoor and outdoor environment causes 4 percent of the burden of disease, with air pollution as the most significant cause. Unhealthy working conditions cause nearly 5 percent of the burden of disease. These trends are not the same for all demographics. Smoking is declining more rapidly amongst people with a high socio-economic status, while obesity is increasing more rapidly amongst people who have a low socio-economic status.

Some of the older people are in a vulnerable situation due to an accumulation of chronic diseases and other medical and social issues. This group will continue to grow. People who have a lower socio-economic status often have an unhealthy lifestyle. They also have to deal with social issues more often, which are accompanied by stress. Negative effects resulting from labour market developments such as robot automation and digitisation primarily affect less skilled workers. This can exacerbate the social issues and stress in this group. These underlying social issues often need to be resolved first, before creating room to work on a healthy lifestyle.

Health care expenditures are increasing due to demographics and technology

Technology can make a huge difference for our public health and could radically change health care. The use of technology in health care is increasing, but digitisation in particular is proceeding at a slower pace than in other domains of our day-to-day life. This slower pace can be attributed to a number of causes, within the field of health care as well as outside of it. That makes it complicated to expand the adoption of technology in health care. Patients are doing more and more themselves, and their range of options is expanded by new technological possibilities. That requires new and different skills from health care providers and patients, but it also requires a stronger focus on groups who have difficulty with that.

Vigilant to known and emergent risks

Antibiotic resistance still remains a threat to our public health; we need to continue to keep a close eye on this issue. Other key concerns are effective deployment of green spaces and water in the living environment to offset the effects of climate change and declining immunisation coverage. There are also new developments which may entail emergent risks. Technologies such as virtual reality and 3D printing could still cause unknown health effects that would become apparent with more frequent use. In addition, more medication residues, micro-plastics and nano-particles will enter our environment. The health effects they might cause are still unclear at the moment.

Options for action: how can we deal with the challenges we are facing?

These key messages are based on the Options for Action section of the VTV–2018. This section consists of various elements. It highlights which trends from the Trend Scenario and Thematic Foresight Studies are considered most urgent by citizens and by professionals and students in the public health domain, and it describes options for action in response to a selection of future challenges, as well as the resulting opportunities and focal areas for policy and society. These challenges are: persistently high burden of disease due to cardiovascular disease and cancer; the steadily growing group of older people still living on their own while suffering from dementia and from other complex issues; and the increasing mental pressure on teenagers and young adults. The options for action are based on the results of a number of wide-ranging stakeholder meetings.

Key challenges for the future according to citizens, professionals and students

Out of all the trends identified in the Trend Scenario and the Thematic Foresight Studies in the VTV–2018, citizens consider the threat of antibiotic resistance to be the most urgent societal challenge for the future. Professionals and students in the public health domain also consider it an urgent challenge. Other issues that are perceived as extremely urgent included deaths due to cardiovascular disease and cancer, the twofold increase in the number of people suffering from dementia, and the increase in health care expenditures. Professionals consider the deficit in healthy life expectancy in people with a lower socio-economic status to be the most urgent issue, while students believe it is the increased pressure on teenagers and young adults.

Complex challenges require an integrative approach, and assistance from many different stakeholders

Some of the bigger challenges we face are complex in nature, and could be addressed most effectively with an integrative and personal approach. That requires the involvement of many different parties: from policy makers, health care and public health professionals, researchers and citizens, as well as societal stakeholders such as patient organisations, health funds, health insurance companies, employers, industry, retailers and schools. In addition, it requires wide-ranging collaboration: not just between various types of health care professionals, but also across the lines of public health and health care. Integrative policy not only requires local initiatives, but also collaboration between government ministries, especially when dealing with the physical and social living environment.

The development of integrative and personal policy is already well underway at local and regional levels, but the effectiveness of these policies has not yet been assessed thoroughly. That is in part due to the fact that the usual way of reviewing evidence on effectiveness is not particularly suited to addressing complex problems. That is why a new way of working needs to be developed, requiring new roles and skills from policy makers, professionals, researchers and citizens.

Technology and restructuring of the living environment provide opportunities

Technological solutions such as apps, sensors and alarm systems seem promising in addressing a number of future challenges, such as care for people suffering from dementia and support for self-management of chronic diseases. Changes in the structure of the living environment can provide a significant contribution to encouraging healthy behaviour, but also for instance in fostering relaxation and social interaction, preventing heat stress, and improving air quality. The Environment and Planning Act provides opportunities for integrative local policy with an explicit focus on health.

Much is already being done within society and in health care to be better prepared for the future. We can learn from this and use it as a solid foundation to build on. Many of the imminent problems for the future intersect with existing public health policy. This provides opportunities for alignment with approaches to address the long-term challenges that have been identified in this Public Health Foresight Study. Alignment to policies for other fields also offer opportunities to improve our public health by creating a safe, clean and inclusive living environment in which we live, work and learn. 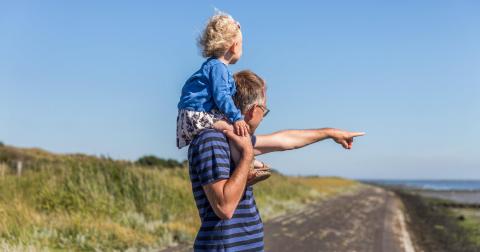